A mother looking for her lost son! Good starting point to embark on a survival adventure that focuses on the action, above other characteristics of the genre as we tell you in the analysis of Smoke and Sacrifice, a good video game with a striking artistic section.

Night falls and with it the fear of death becomes more visible. A dense cloud of black smoke takes over the environment, it prevents you from seeing what is around you !, but you do not need to look to know that what is hidden there, that behind those shadows, there is only death. The atmosphere is unbreathable. You need a simple lamp to not only illuminate the path, also breathe !, survive the toxic environment that surrounds you; to that disease that ravages the strange world of Smoke and Sacrifice , an adventure of survival that bets on narrative, for telling a story while escaping the claws of the black grim reaper. And for that, of course, you will have to look for resources, raw materials with which to make weapons, defensive equipment and other essential tools to continue exploring, to continue advancing through a hostile environment where fauna and flora will make things difficult. There is no other. Walk, investigate, move forward with the sole purpose of finding the protagonist’s son, Sachi , who will soon discover that there is much more behind the promises of the priests who ruled his native village.

It is a good starting point for a survival adventure that stands out for its remarkable artistic design and interesting plot background, relegating to the background aspects that in other titles of the style are fundamental as the need to look for food , to satisfy the appetite, or build a shelter to protect yourself from the cold of the night. In this videogame of Solar Sail Games it only matters to advance, for which you need to find recipesthat allow to manufacture more and better objects with which to overcome the many obstacles that await you on the way. Electricity everywhere? Design an armor made of rubber and you’ll see how good! Do you need to dig in the earth? Plant seeds? Ingéniatelas to find the recipe that gives you the option to create a shovel. And I say “ingéniatelas”, although rather, in Smoke and Sacrifice you must fulfill missions ; Solve the problems of the inhabitants of this strange world to unlock more and more game options. And the truth is that the game does its homework well by presenting a guided experience that also gives you freedom to act as you please.

And at nightfall …I said it before. One of the great peculiarities of Smoke and Sacrifice is that, at nightfall, or whatever, a strange and dense black cloud will cover the whole scenario, forcing you to use a lamp, or other similar objects, to survive the dangers that in it they hide. Wild animals and plants that are normally aggressive, in this state, become more aggressive !, attacking with rage a little closer to their position. They are not the only threat. Other creatures such as the specters of smoke, or a kind of vampires, will suddenly appear to torment us during the duration of this dark odyssey. Not bad, because the game of Solar Sail Games creates a sense of terror that feels fantastic, although Sachi’s adventure does not finish taking off due to a discreetcombat system that at times is clumsy and simple. 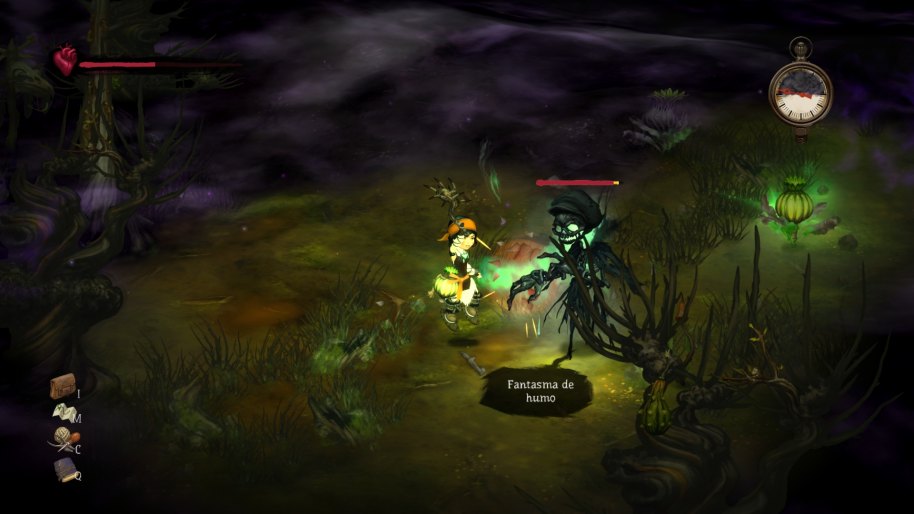 When the black smoke comes into action … it will be accompanied by new dangers! These specters are one of the most fearsome enemies of the game.

There are dangerous enemies, special creatures that we will have to hunt at specific moments of the game, but despite the many weapons at our disposal, the swords, clubs, crossbows or even grenades that we can make, Smoke and Sacrifice does not end to thrill with some duels that gave for something more. You will have to dodge, and use potions to heal wounds, heal altered states or enhance certain attributes of the heroine, but in a simple way, without too much grace, reducing attractiveness to a game that, precisely, gives a major importance to combat. Let this not discourage you completely either. The game experience is fun; It is great to see how, step by step, the heroine learns new ways to defend herself from even greater dangers while interacting with the inhabitantsof this strange steampunk universe and its machinery, with which you will be able to elaborate more complex recipes using your work benches, cauldrons or, even, industrial ovens! 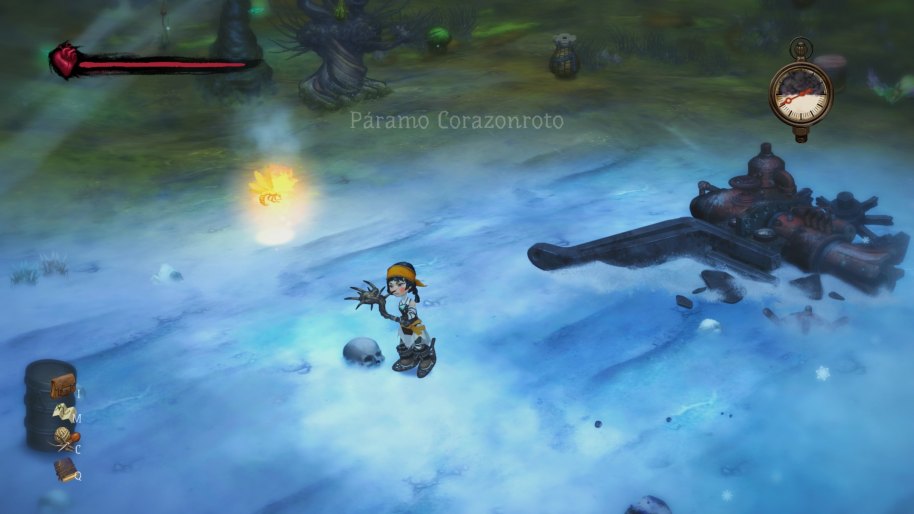 Smoke and Sacrifice creates a fantastic sense of terror, but it does not finish taking off due to its discreet combat systemIt is missing a greater variety of missions because in the end, these are limited to kill this or another monster, collect certain matters bonuses, or manufacture very specific objects. However, Smoke and Sacrifice manages to always have some motivation to move forward. The challenges are increasing; enemies attack in greater numbers and, of course, the story gains interest as you delve into the mysterious disappearance of the protagonist’s daughter. What is this strange world where you have lost yourself? Who are the people who inhabit it? Why do they need children? If you’re tired of survival adventures that do not set specific goals, you will undoubtedly find in this production of Solar Sail Games a recommended title. The enigmatic of its virtual world and the good rhythm of the action that has been printed to the adventure will keep you glued to the video game for hours, exploring, fighting and investigating new ways to create more and better combat tools. 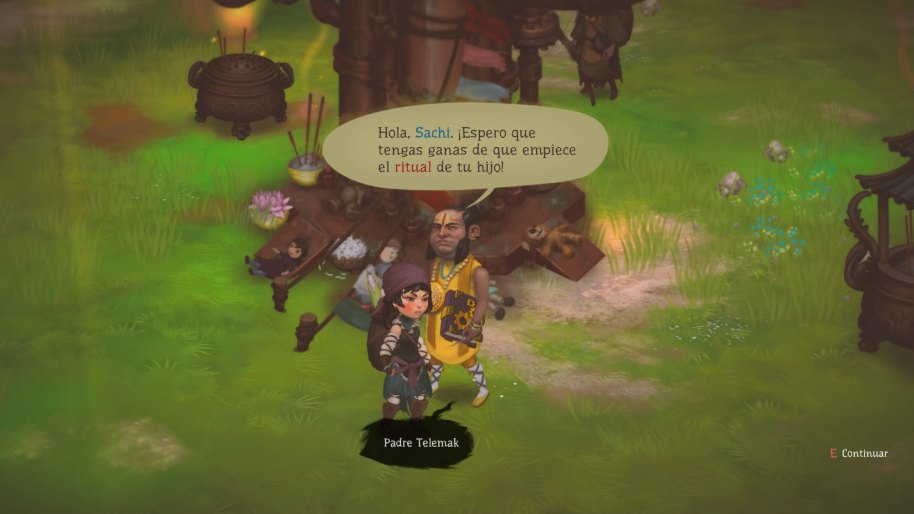 Rescue your lost son? The best excuse to start an adventure through a strange world that hides more than it seems.

Artistically, I said before, Smoke and Sacrifice is a beautiful video game that stands out for the good design of characters and enemies, although the scenarios are somewhat empty and, above all, the animations are somewhat robotic, making it less attractive to the final set. With texts translated into Spanish, the sound section of this production is not shocking either: the music remains in the background and the sound effects fulfill their purpose without further ado. There is much to discover and much to enjoy in this adventure of survival, but in a genre that has given us so many joys in recent years, and that has advanced so far, the Solar Sail Games game remains in that no-man’s land where, although it entertains and brings interesting details, with special mention to its history, it does not finish to extract all its potential because of a somewhat discreet combat system and, in general, the lack of true innovations.

With a good plot basis, and much mystery involved, Smoke and Sacrifice is an interesting adventure of survival that attaches more importance to combat, and the development of tools for struggle, than to the fact of establishing a specific place for, simply , survive while you feed and build a home. None of that you will find in a fun video game, and challenging, which has lacked a better combat system to stand out among so many other adventures of the style. If you are looking for a guided experience, with clear objectives, it can be an interesting purchase on PC or Nintendo Switch, and later also on PS4 and Xbox One.