Impatience and distrust weighs on Bloodstained. However, its creators are still working to bring back the most classic Metroidvania gameplay. Unexpectedly and silently, they have taken advantage of part of the crowdfunding investment to honor the classic Castlevania 2D, the 8-bit, with a playable poetry called Bloodstained: Curse of the Moon. In our analysis we will see the keys after its success.

The always legendary Igarashi appeared in the presentation of his Bloodstained , glass of wine in hand, and crashed it to the ground. I did not need to know more: he is more aware of what the Castlevania lovers want than Konami herself, owner of the brand that is stubborn in her pachinkos and mobile games with some of her already retired myths. While the nostalgic look for glimpses of Metal Gear in the Death Stranding videos , Inti Creates brings back a glimpse of the once legendary Akumajo Dracula with a playable category exercise: Bloodstained: Curse of the Moon .

The best of Curse of the Moon has been the unexpectedness of the proposal. Hidden among the rewards of the Kickstarter of the highly anticipated Bloodstained: Ritual of the Night , the realization of an 8-bit two-dimensional adventure inspired by the rebirth of Iga’s Metroidvania formula. Suddenly, the artist announced the imminent release of the present production in various systems, and the result could not have been more satisfactory: there was not a platform game inspired by the misadventures of the Belmont and vampires like that from Chronicles XX on PSP .

The nostalgic are in luck, but the lovers of the platforms too. Inti Creates, as it did with Mega Man 9 in its day, has been able to capture the key elements of the series to join them in a nostalgic experience, but also of great quality in all its sections. A shot of old 2d blood of 10 euros. 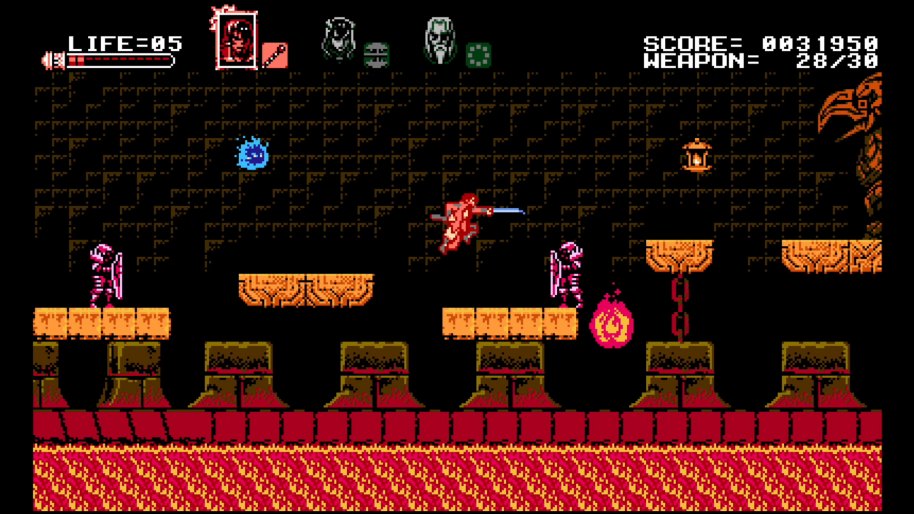 There was so much hunger for Castlevania that the bite was hardly rejectable.

The similarities do not end there: as if from a bastard union between Castlevania 3: Dracula’s Curse, Rondo of Blood and the Julius mode of Dawn of Sorrow, the programmers have opted for a game system in which the user must unlock three playable characters to form a quartet of protagonists with exclusive skills for each of them. These functions will serve so that the player can choose different routes or access new locations in his second game. Some jump more, others fly and others are able to break down walls with their strength, but in battle they are also different. 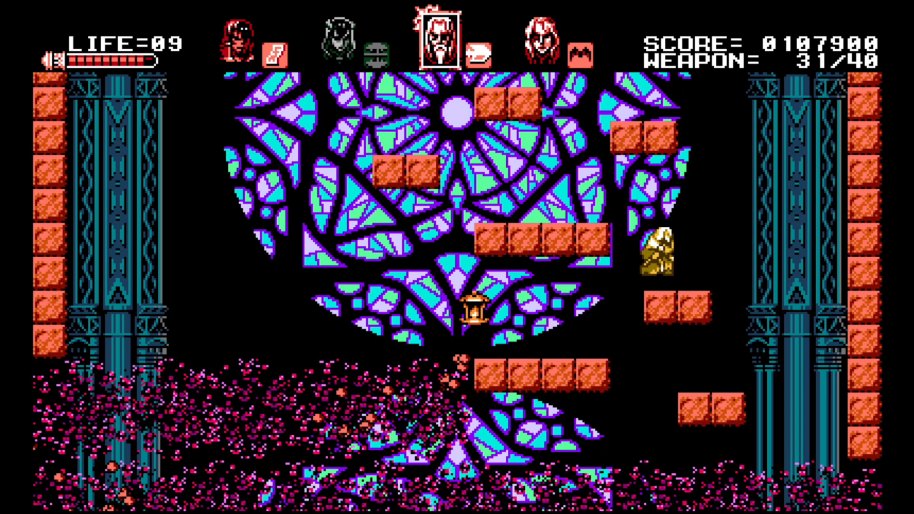 It’s pure Castlevania, no matter where you look or what you hear.The protagonists are Zangetsu (a fighter from a mysterious eastern country who will have the voice of David Hayter , the good Solid Snake, in Bloodstained: Ritual of the Night), Miriam ( that armed with a whip in Curse of the Moon, will take the lead role in Ritual of the Night), Alfred (what seems like a weak magician who lags behind his other three companions, in reality, is a very useful ally capable of use their magic to empower their allies) and Gebel (Alucard). In addition to their respective abilities, the protagonists have access to extra weapons that wait in lamps (wink, wink).

Not even the music, composed by the always talented Michiru Yamane , who pulls her repertoire of gothic chiptune to create a soundtrack very much of the author, or the color palette chosen to make the production come true is beyond comparison: it’s pure Castlevania , it does not matter where you look or what you hear. The important thing in Bloodstained: Curse of the Moon is not so much the exercise of nostalgia; is that, with the constant tribute, reference and winks, are able to make a video game worthy of using such weapons. 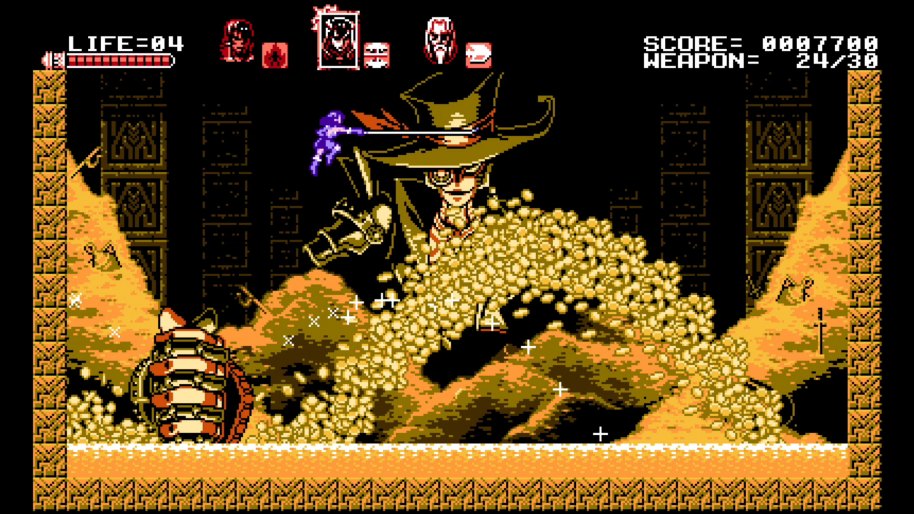 Haunted Castle?When starting a game, users can choose whether they prefer a veteran or casual gaming experience. The only difference is that the first punishes the damage to the protagonists with the typical setback of the series, which costs falls and unexpected lives to the players since 1986. Like the present, buyers will be able to enjoy all the imaginable topics of the arranged genre. along seven levels with great taste: tight jumps, enemies placed with bad slime, clock tower with jellyfish and gothic atmosphere. Of course, everything is taken from Bloodstained, reinterpreting the monsters and final bosses that we will see in the title of PS4, Xbox One, Switch, PC and Vita in 8 bits. 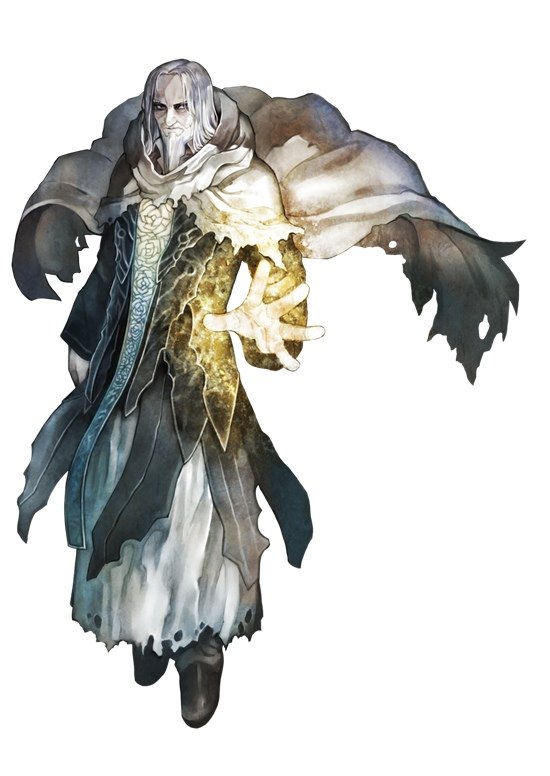 Special mention deserve the final heads : they are all spectacular and have very familiar mechanics for lovers of the genre. The only pattern they share with each other is that they all have a final attack that, once defeated, they will try to print all their power to finish off the protagonists. Among the enemies is a golden giant that tries to crush you with mountains of coins, a kind of crusher that throws stones in flames, a giant two-headed serpent and the succubus dressed in blood that we saw in one of the betas of Ritual of the Night , He did not want to miss the party after his grotesque crimson bath.

Of the few things he could throw at Bloodstained: Curse of the Moon , one of them could be his difficulty; It could have been harder on the player if he wanted to, but it grants enough lives and the user does not lose them until his four characters die , so each opportunity is almost four attempts to reach your goal. The good news is that at higher levels there are more challenges, and you can try to finish the game with each of the four protagonists separately to test your ability.

It is recommended to finish it in the normal difficulty and nightmare to know the whole story and access an epic 8-bit final battle that deserves to be seen. There are surprises to finish the game with each of its protagonists, assuming a much greater challenge than finishing it with the whole team, which will please the players who could believe that the adventure was too simple. As it is a brand of the house, a boss-rush mode has been included in which to test your skills against the final bosses. Before each confrontation we can choose the weapons that best suit the boss in question. 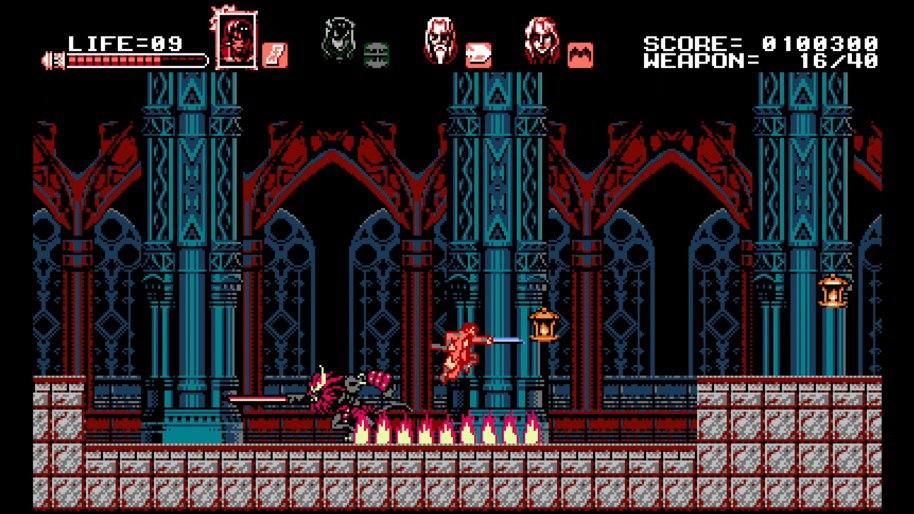 Bloodlines?Is the exercise of null identity implied by Bloodstained: Curse of the Moon for the genre of 2D platforms ? In my opinion, there was so much hunger for Castlevania that the bite was hardly rejectable. I can understand that Iga and his team could have covered more than they have done, but we must also understand that this is a videogame that does not exceed 10 euros in any of the stores where it is launched and that, moreover, is a title that has emerged from nowhere. Few remembered the promise of an 8-bit game on Kickstarter, and its imminent release has ended up being a blessing. 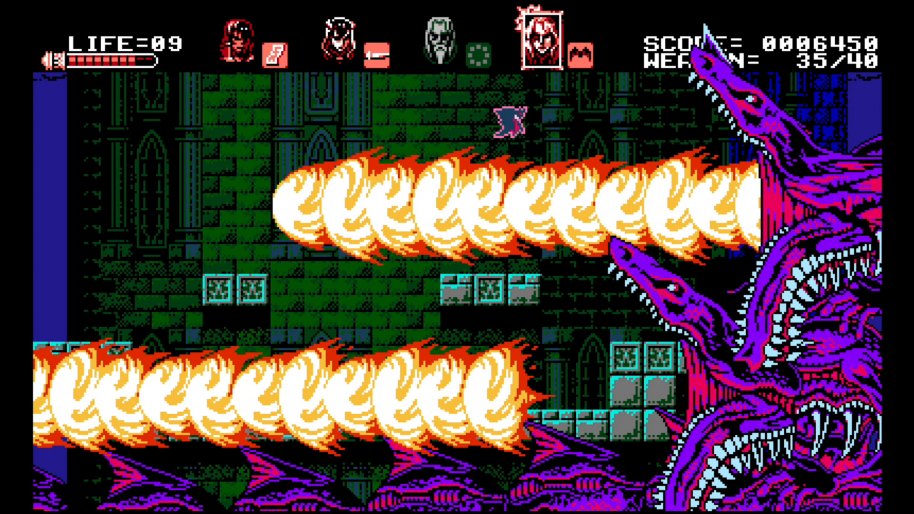 A bastard union between Castlevania 3, Rondo of Blood and Julius mode of Castlevania: DS.

In what some see laziness and simplicity to borrow the gender without shame, I see a risky double-edged sword: failure, when you play something so mythical, it is more likely than success, and here Inti Creates has signed something great. For civil or criminal, Igarashi and his team do not have to justify to anyone, players or video game critics, that they can borrow the identity that is denied from the offices of their former bosses.

His recognition for taking the brand and gender to a new dimension, recognized by users around the world for two decades, gives them the power to continue betting on what they do best. Especially when the beneficiaries are the amateurs.

Igarashi and Inti Creates borrow the concept of Castlevania 3: Dracula’s Curse and mix it with Castlevania’s Julius mode: Dawn of Sorrow with a dash of Rondo of Blood and 8-bit graphics. Excellent platform video game with four protagonists, impressive final bosses and good taste when it comes to honoring one of the most beloved franchises of players around the world. An excellent advance for Bloodstained: Ritual of the Night of unbeatable price quality.

Previous Post: Vampyr, a beautiful and personal vision of the myth of the vampire
Next Post: Street Fighter 30th Anniversary Collection